Raising A Bilingual Child In A Non-Passport Country

This week’s blog post is written by Explorer Family Alexis Van Van @thisunconventionallife and she is here to share about raising a bilingual child in a non-passport country. Raising a bilingual child has many benefits and challenges. Moving to a developing country to fully immerse your child in the language and culture sounds a bit crazy. That is exactly what Alexis and her family, all American Passport holders, did to ensure their son J gains full mastery of a second language. While in Costa Rica J is able to attend public school and is learning about the culture of the small nation in Central America. Outside the classroom they explore the rich biodiversity of Costa Rica, chasing waterfalls, exploring the rich jungles, observing the vast local wildlife and surfing  and playing in the beautiful beaches while immersing themselves in local culture. Alexis and her family can be found sharing their journey and living in two countries at  @thisunconventionallife. Here is what Alexis has to say about raising a bilingual child in a non-passport country: 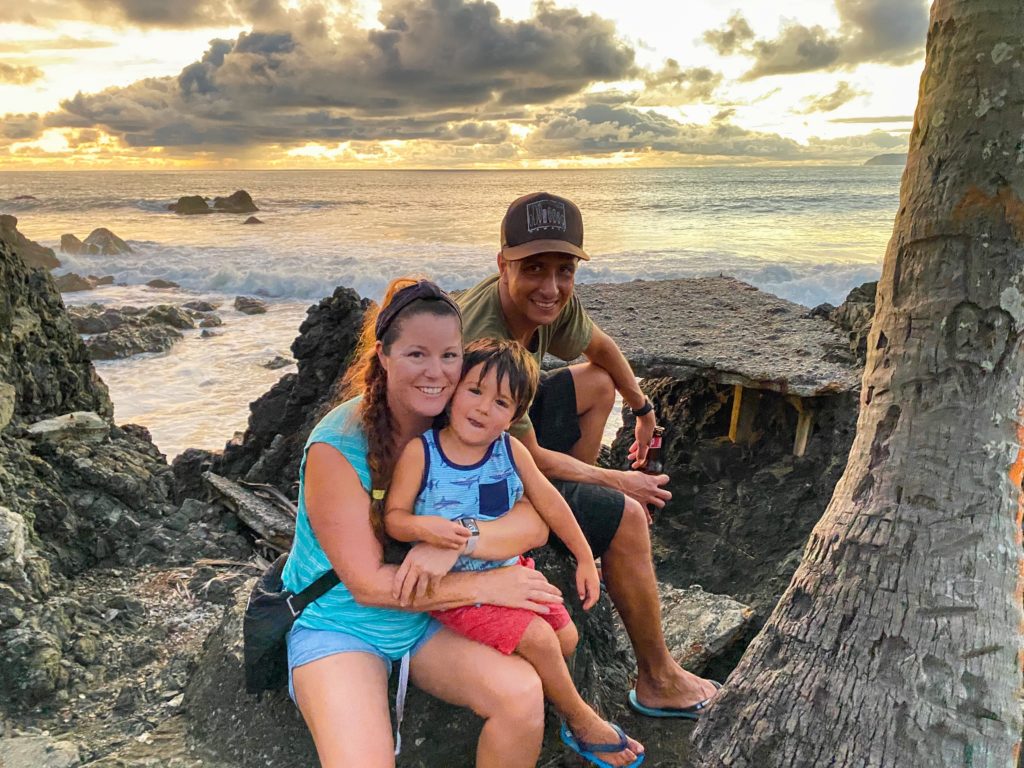 Play Has NO Barriers

There are no language barriers when children are playing, children aren’t concerned with simple things like language. The language of play is universal, play exceeds barriers such as language, race, and class. Children do not care if the other child speaks the same language or even understands they will accept and play with those around them.

Children are truly amazing and raising a child bilingual in a non passport country has proven this time and time again. Our son has been immersed and exposed to Spanish since birth. At 3 we started a new adventure of living in Costa Rica half of the year. We watched him learn to communicate in a whole new way, he had never been forced to use the language but had a large comprehension. He would meet children on the beach, he quickly learned how to ask if he could play. “Puedo Jugar?” he would say in his sweet voice, the children responded “Obvio” or “obviously” in English. My Mama heart opened as I was reminded how pure children are.

Play has no language and children will find a way to communicate while immersed in play. 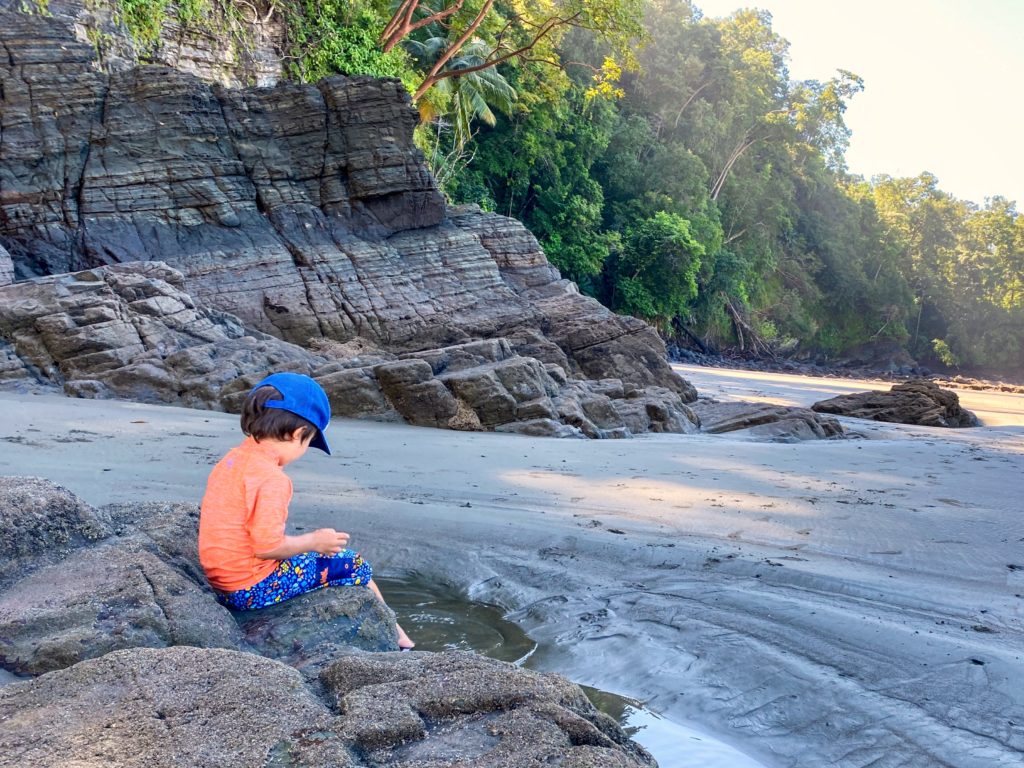 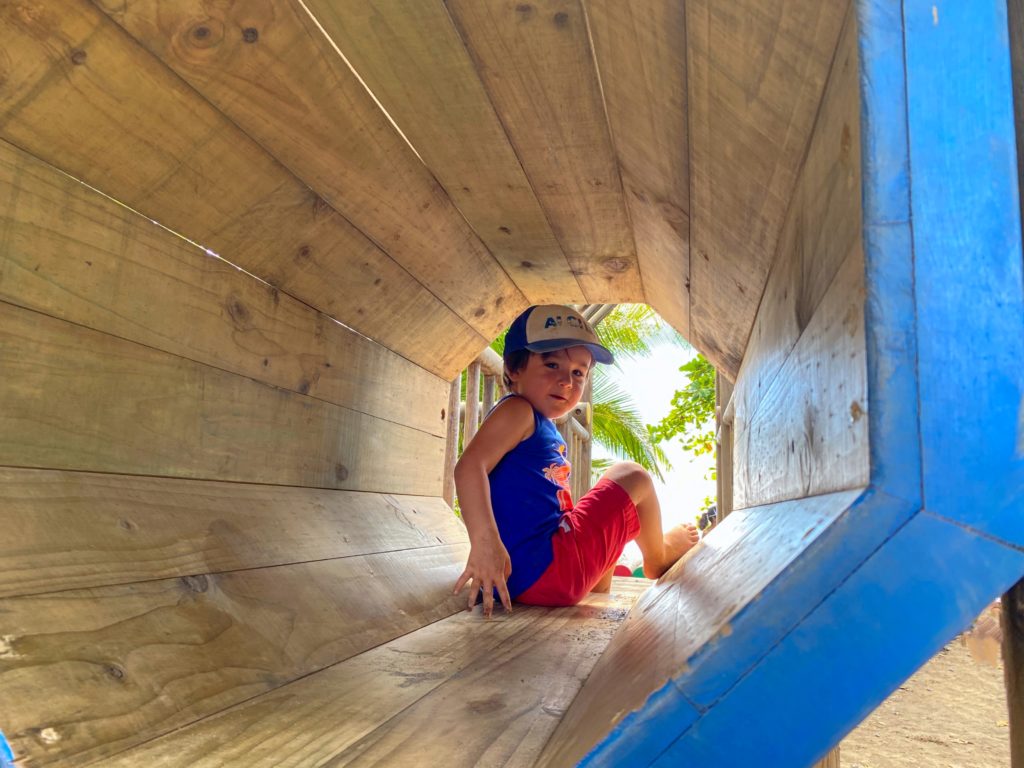 The Gift of Being Bilingual

Being bilingual is a gift and as parents we knew we wanted to give this gift to our son, J. Everyday isn’t easy and living in two countries and being fully exposed to two language has its challenges. As a former Early Childhood Educator, I knew raising him bilingual was a strength that will benefit him today and in his future. Studies have shown bilingual children perform better in reading and math then their monolingual peers. They have enhanced linguistic, cognitive, social-emotional skills, being bilingual is also associated with many other cognitive benefits like stronger multitasking skills, creativity, and working memory. 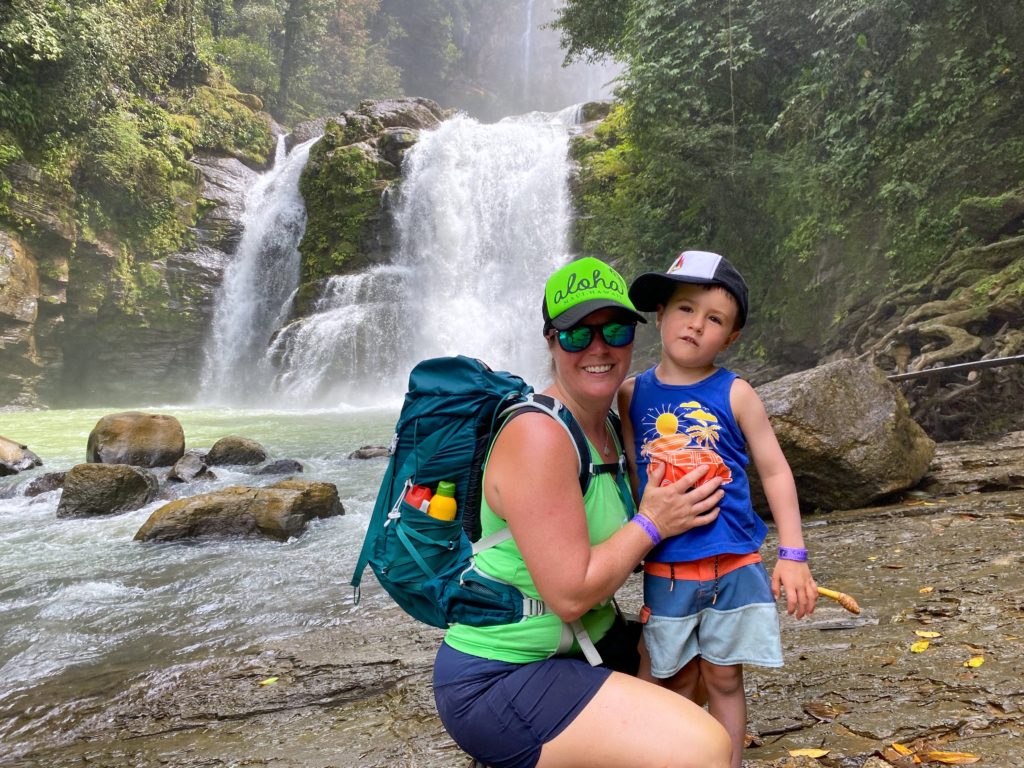 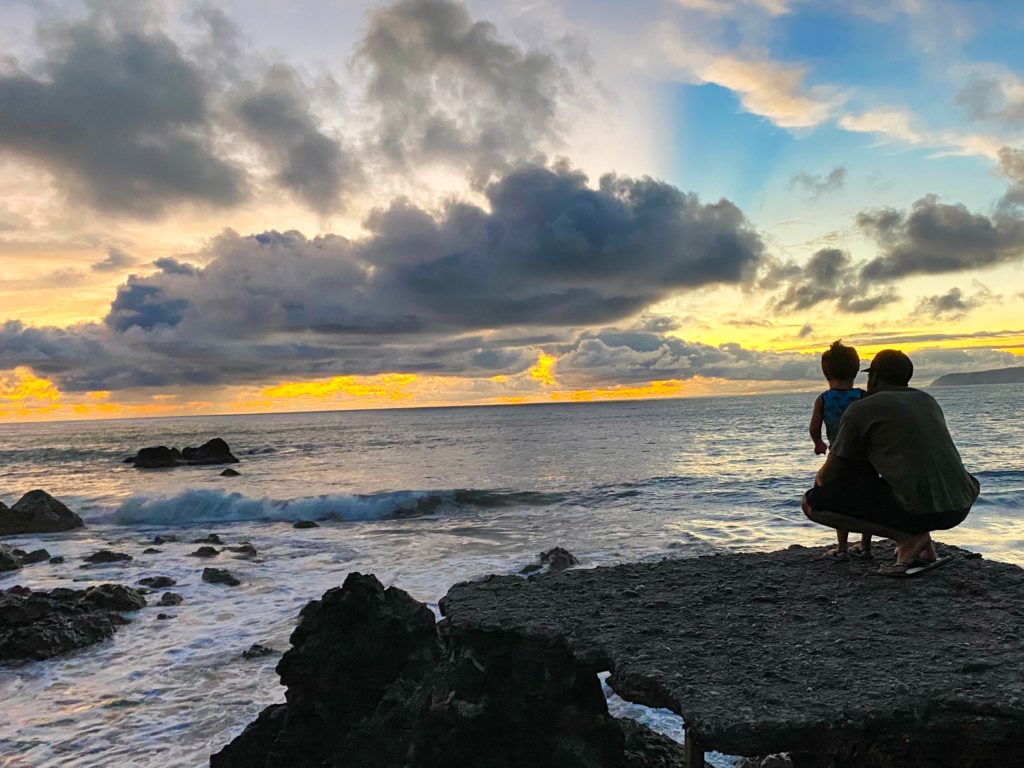 In October 2020, during the height of the pandemic we left California for our home in Costa Rica, we planned on being here for 6 weeks and returned 4 months later. There was something about being here which felt right for our family. Before returning to the US we knew we wanted to raise our son in Costa Rica for at least 6 months of the year and fully immerse him in the language and the culture.

We chose Costa Rica as it highly values education and has had a long history or having higher literacy rate than many of their counterparts in central America. In 1948 Costa Rica abolished its army and put more money into education. All Costa Rica citizens are required to attend school, we are not citizens nor are we residents, but in Costa Rica as long as you are living in the country you are able to enroll your child in public school with zero cost.

Costa Ricans live modestly, consumerism is not abundant in this country, the people are happy with what they have, which oftentimes isn’t much. Raising him to be bilingual in a developing country our hope is to provide him with a deeper appreciation for the world around us rather than material things.

Childhood is highly valued in Costa Rica, there have been moments where I have apologized for my son’s behavior, small things like jumping around inside a bank. Small behaviors which might get you side eye in the US, but not in Costa Rica, here you are reminded not to worry and they are just a child. Allowing him to truly be a child has been an added bonus. 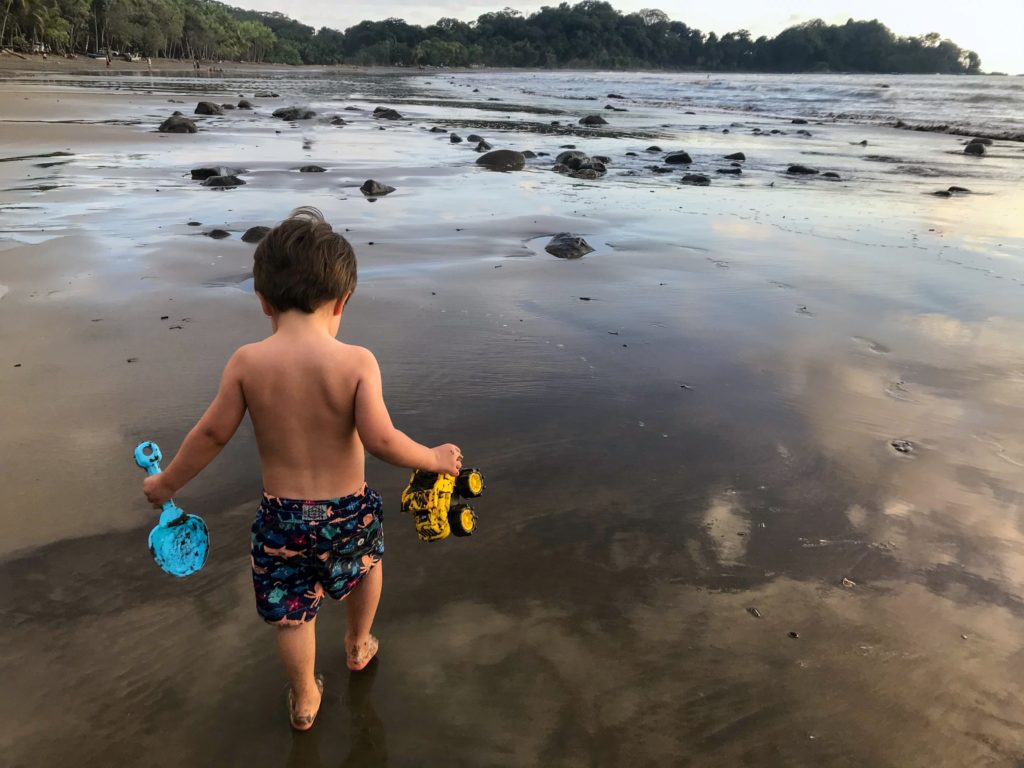 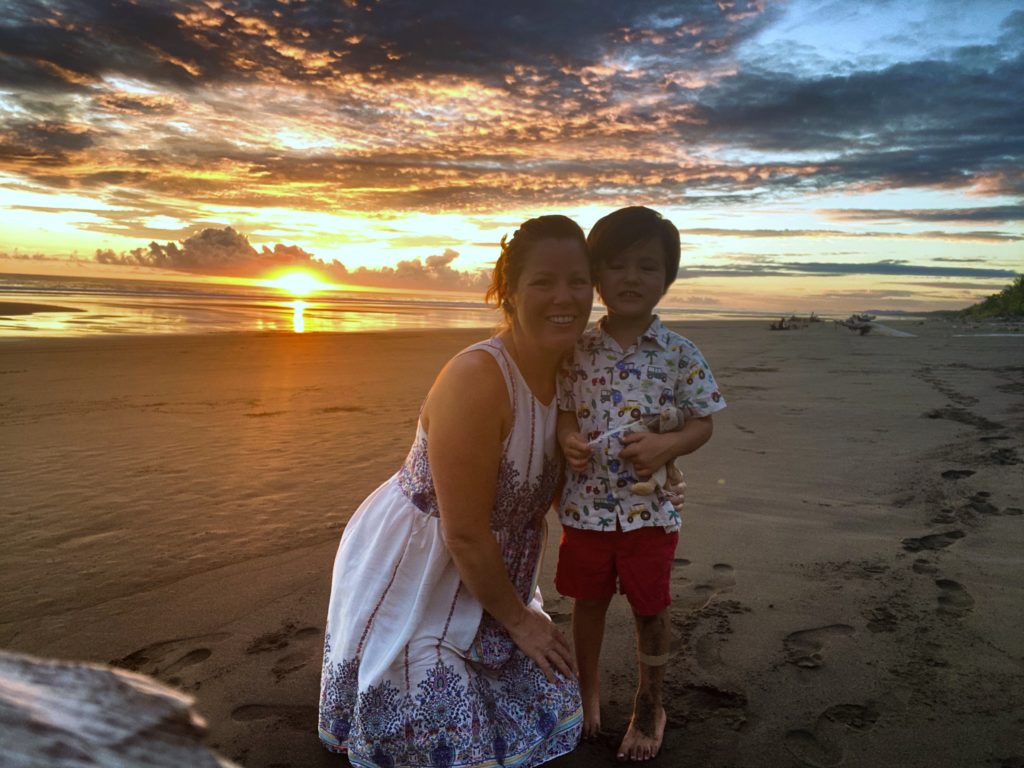 Raising A Bilingual Child Has It's Ups & Downs

Raising a bilingual child in a non passport country has its ups and downs, especially as the parent who is learning the language and the culture. There isn’t a day that goes by that I don’t learn something new, the amount he is absorbing is immeasurable. His verbalization is expanding daily as his accent, when he speaks Spanish it is true to a native speaker of Costa Rica. He is learning the Costa Rican dialect, which is not as common in  California where we live and will be different from his Chilean family, but the base of the language is the same.

When looking to live in Costa Rica it was imperative to us to live in a Tico Town, (Tico is a term used for people native to Costa Rica). There are plenty of expat communities in Costa Rica the closest one is a 25 minute drive away, and offer many options for international schools. There speaking English is more common and our son is less likely to have opportunities to play with children native to Costa Rica. Which doesn’t offer him opportunities to use the language or become fully immersed in the language.

My husband’s first language was Spanish, I started learning Spanish when I was 11, I do not consider myself fully bilingual.  As a native English speaker I tend to gravitate to others who speak English, it is easier, my brain doesn’t hurt as much. I often see the same from our son, he will gravitate to the English speaking children as it is more comfortable, and he doesn’t have to use the language he doesn’t feel as confident when using.

The biggest struggles we face is our son using the language, his comprehension of Spanish is high, although he isn’t often forced to respond in Spanish. As a family we are working on this, we tend to speak mostly English in the home which isn’t serving our son’s journey to bilingualism. We want to preserve his development of English but as parents we have to support his development in both languages.

At his local public school in Costa Rica he has a weekly appointment with the Speech therapist to help him gain a better mastery of the language. They play games and he gets a cookie when his session is over which is the best day of the week.

We know he is retaining and gaining vocabulary everyday, he will often sing in Spanish without realizing it. When J returns home from school he will often tell us how his friend spoke to him in English today, when we ask who, it is a friend who speaks zero English. He is simply at a point of comprehension where he doesn’t realize he is bilingual and can process both languages with ease. 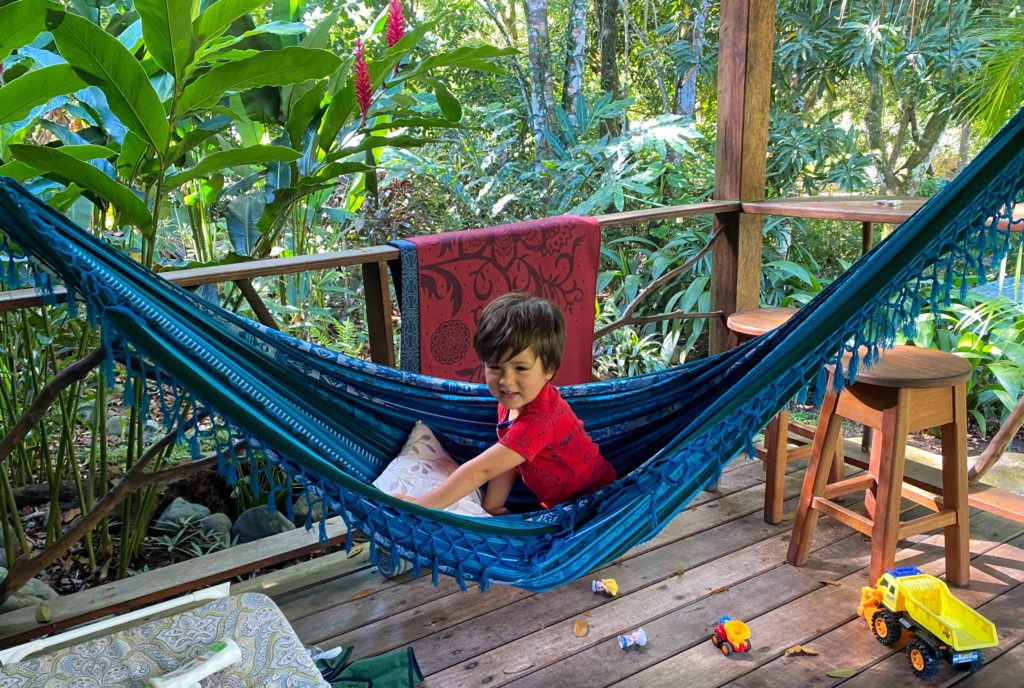 I Could Never Do That?

Yes you can, if you ever thought that raising a child in a non passport country was intimidating it is, but it is 100% worth it. If the opportunity arises and you are on the fence, I encourage you to take the leap. Giving your child the gift of bilingualism and the appreciation of other cultures far outweighs the risk.

We don’t know how long we will continue this lifestyle, at this point we are taking it a few months at a time. We do know that we will never go back to the life we had prior to the pandemic. We will continue to place life experiences over material things and will continue to support J’s journey to bilingualism.

Thank-you for taking the time today to read this week’s blog post about raising a bilingual child in a non-passport country. This week’s post was written by Explorer Family Member Alexis Van Veen from @thisunconventionallife, and we can’t thank her enough for sharing her story of inspiration with us. We hope that you feel inspired after reading this to possibly fulfill a dream of moving to Costa Rica, or allowing your children to grow up bilingual. Make sure to tag us in your adventures by using @KidsWhoExplore and #KidsWhoExplore for your chance to be featured on your Instagram page. Happy Exploring. 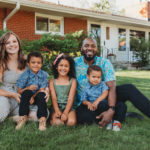 Advocating for Children's Rights in the Outdoors 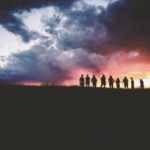 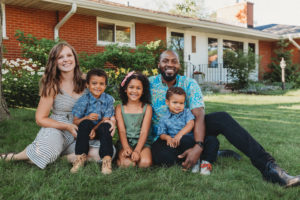 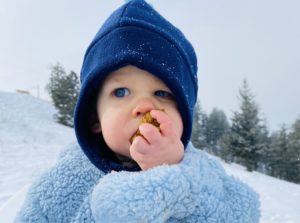 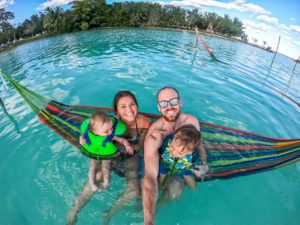 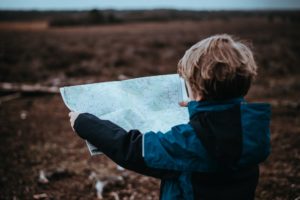 Tips and Tricks for Planning Your Family Roadtrip