This Halloween, we went out to beautiful Kananaskis in the Canadian Rockies for a family-friendly meet-up, and we had the best time! Below are a few photos, our event sponsors and a recap of the event. Thank-you to everyone who helped out! A huge shoutout to our amazing photographer @throughcarrieslensphotography  for coming along and capturing some magical photos for us to look back and remember this amazing event. 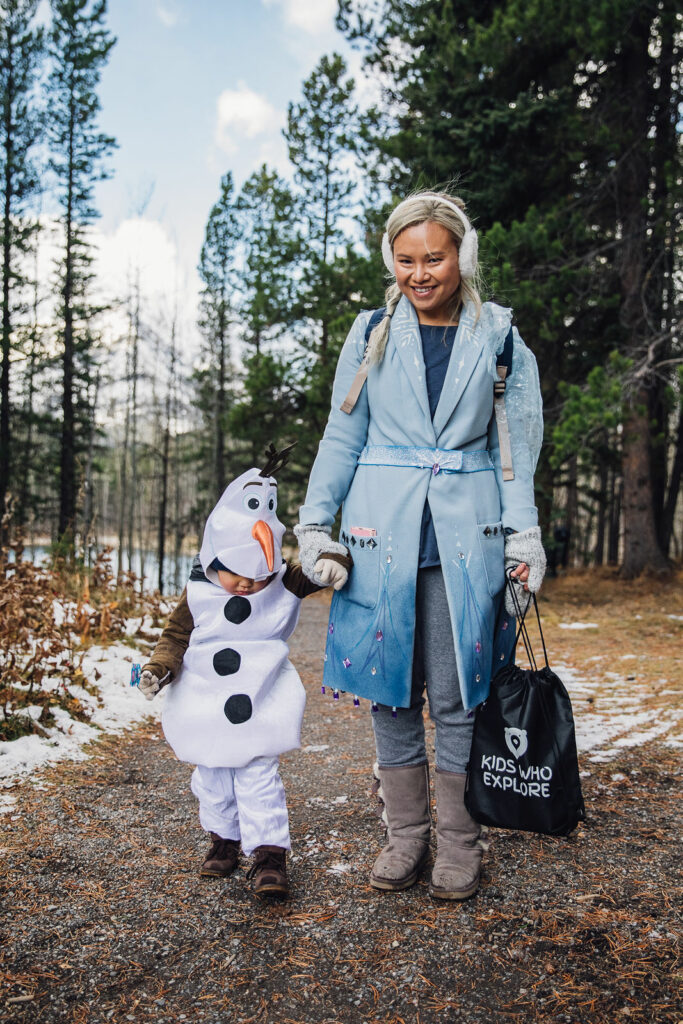 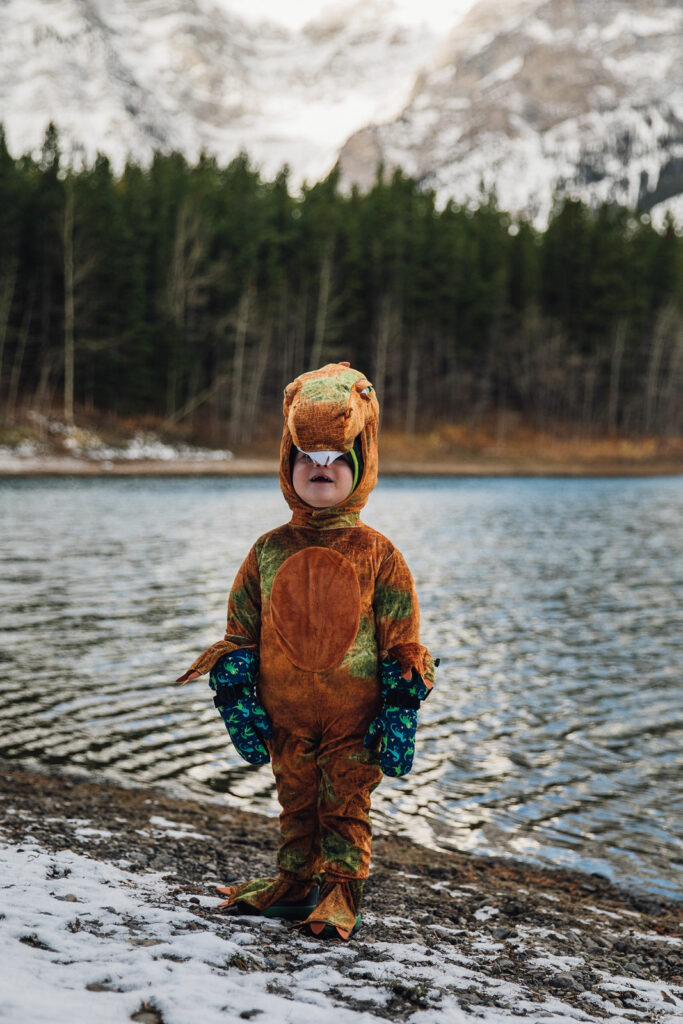 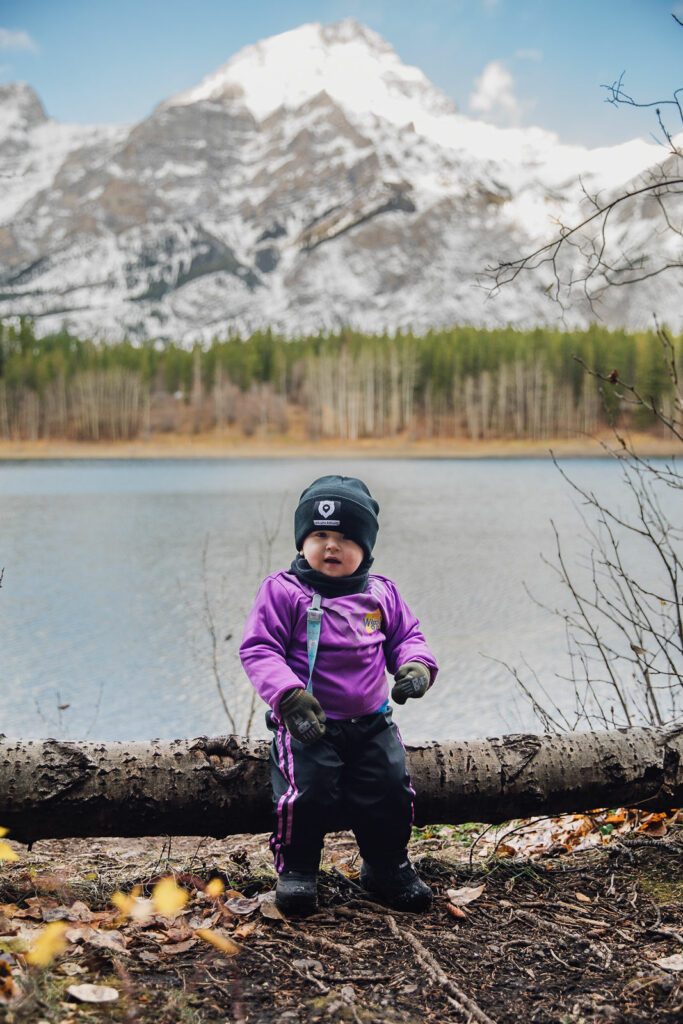 On the crisp morning of Oct 29th, the Kids Who Explore team and 10+ other families made their way to Wedge Pond in Kananaskis for a family-friendly hike. Everyone arrived dressed in their costumes and ready to show them off to their friends, old and new! We made our way down the trail and took advantage of every photo opportunity. As we took in the view and made our way around the lake back to our initial starting point, we were all starting to get ready for the excitement to come! 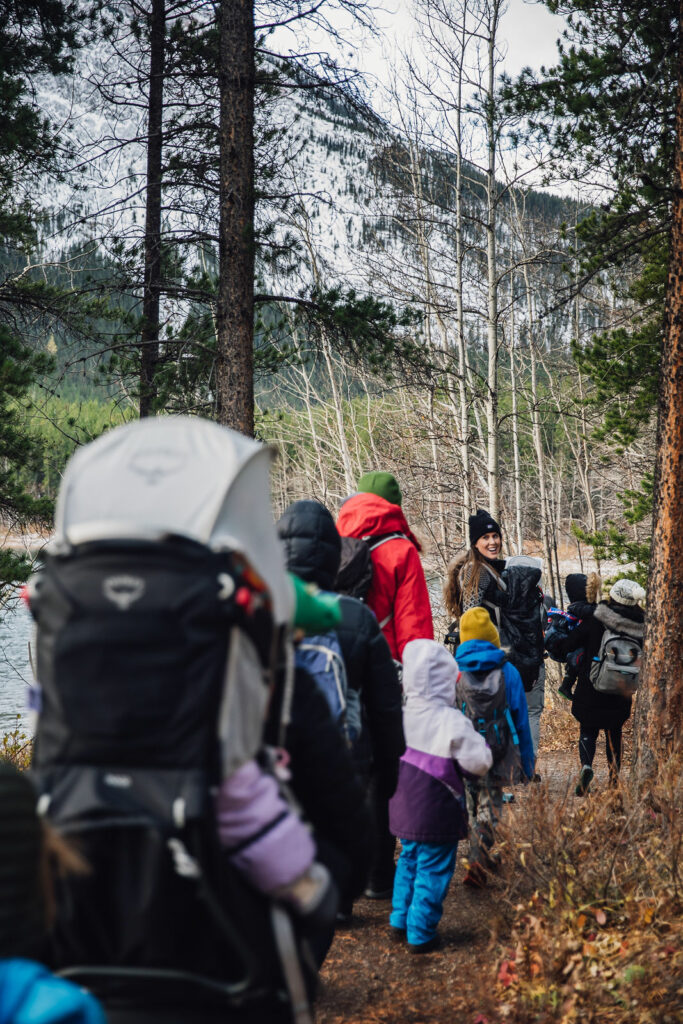 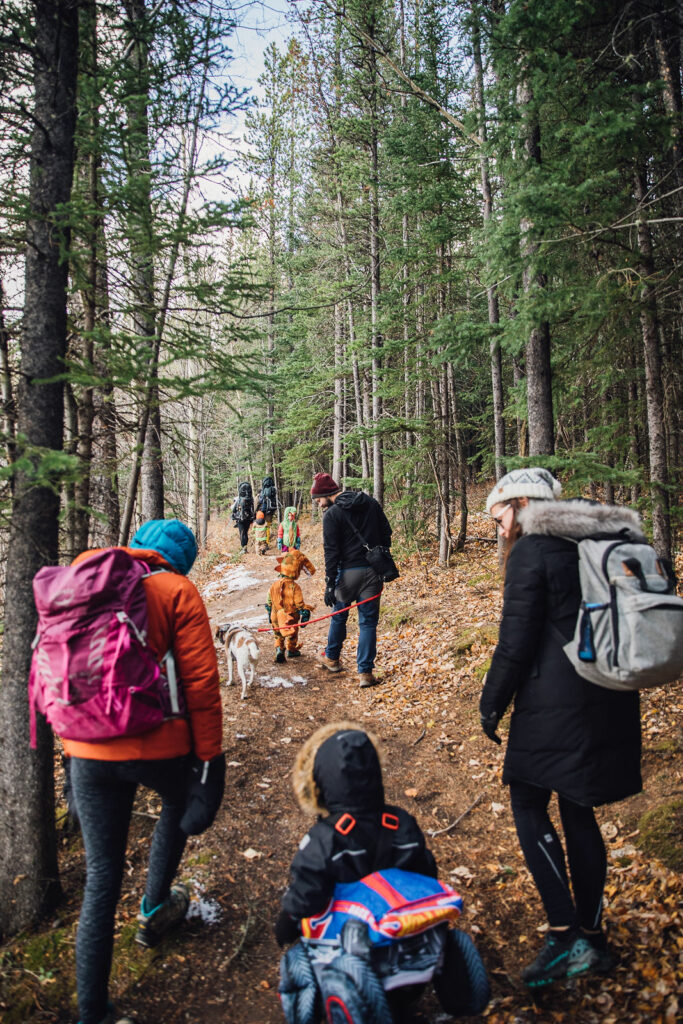 When we arrived back at our picnic table, hot chocolate donated by the Kananaskis Country Golf Course and snacks donated by Baby Gourmet were all ready for the kids to participate in a fun trick-or-treat event. We laid the items about, and parents + their kiddos were able to grab what they wanted! We also had lunch kits donated by The Great Outdoors YYC: Junior Outfitters, delicious organic juice boxes, and we even created Kids Who Explore Swag Bags for this event, which will be available for purchase at most of our YYC events from now on. 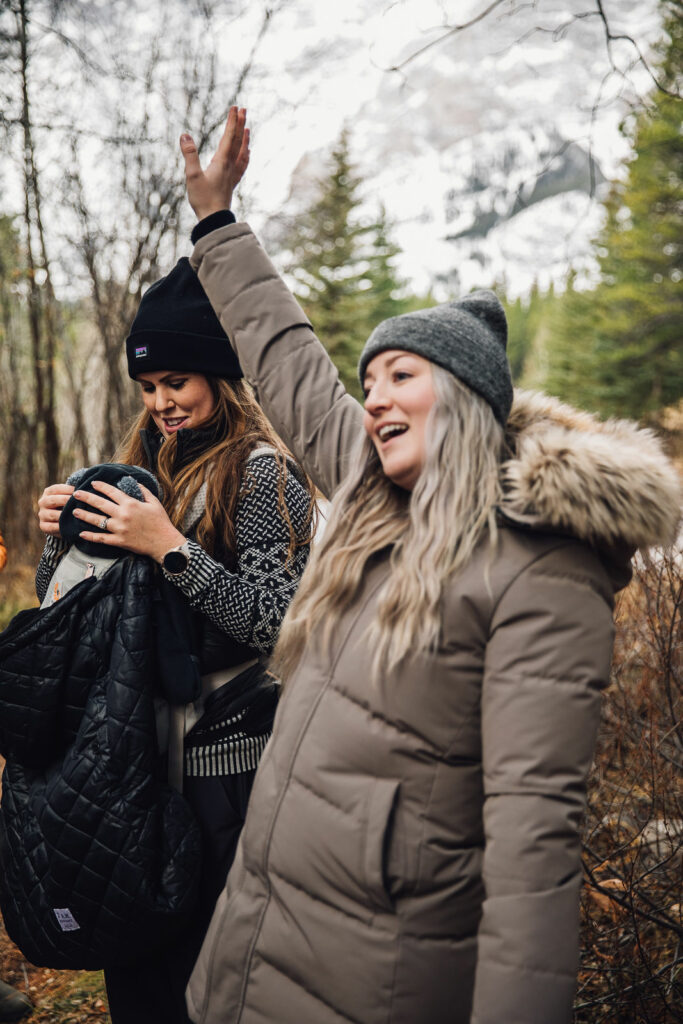 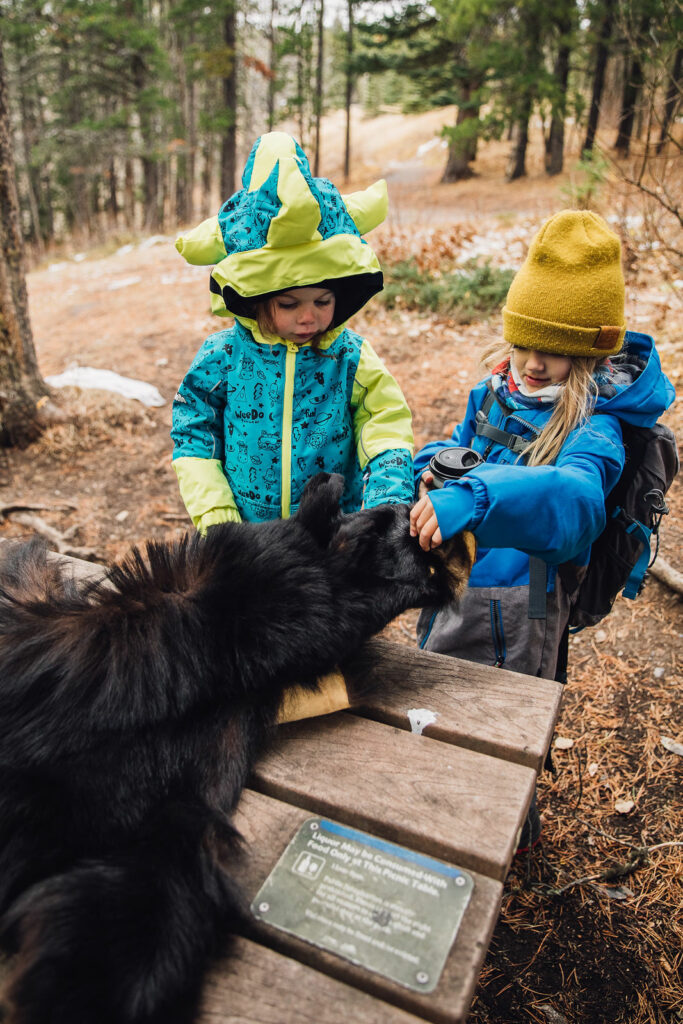 We want to give a huge thank-you to Sarah from RecSafe with Wildlife for coming out and giving an amazing presentation on Bear Safety in the Canadian Rockies. Here are some tips she shared on how to avoid a bear encounter:

We also want to give a huge thank-you to our other bear safety sponsor – ScatBelt. ScatBelt is one of our favourite companies because they allow you to carry your bear spray in any easy, accessible place, and we are so excited to be offering a 15% off discount. Use code ‘KWE’ to recieve 15% off your ScatBelt purchase. Here is a bit of information released from bear-hunting.com about a study regarding Bear Spray vs Firearms:

“Statistically, bear spray is more effective at deterring a charging bear. In a study done in 2008 (Smith et. al. 2008), researchers analyzed 83 bear spray incidents (61 brown bears, 20 black bears and two polar bear). Red Pepper spray proved over 90% successful on stopping the bear’s “undesirable” activity. 98% of people involved in these incidents were unharmed by the bear. However, fourteen percent of the incidents resulted in negative side effects upon the human (they were effected by the spray) and three percent left the user incapacitated.

In similar study on firearms (Smith et. al. 2012), they were effective 84% with handguns and 76% with rifles to stop bears from undesirable behavior. The study analyzed 269 bear-human conflicts in Alaska from 1883-2009. The study said, “firearm bearers suffered the same injury rates in close encounters with bears whether they used firearms or not.” Basically, firearms didn’t statistically keep people from getting injured by bears. This means that people shot bears that still attacked them. They concluded by saying, “Our findings suggest that only those proficient in firearms use should rely on them for protection in bear country.” (Copyright The Wildlife Society). I think we would all like to think we are “proficient” but the truth is, even as hunters, we all aren’t. Firearm accuracy in the heat of a fast, stressful and real-life situation isn’t easily tested.

The arguments against bear spray typically revolve around the wind blowing the spray back into your face and not hitting the bear. This is a legit concern, but it would be rare that this would happen. It’s like stacking two highly unlikely scenarios on top of each, yes it could happen, but it probably won’t. However, it is possible for bear spray to not affect a bear, such as happened with Montana resident Todd Orr. He sprayed a sow that attacked him, but it didn’t stop her. He sustained some serious, but not life threatening injuries. In his words, “Bear spray doesn’t always work, but it’s better than nothing.” 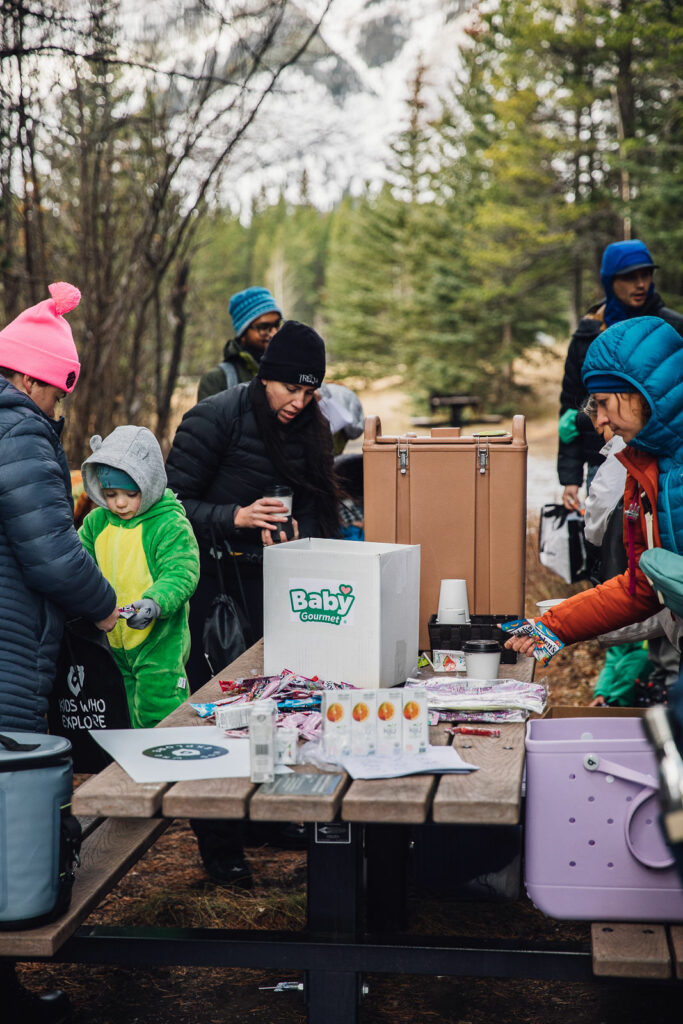 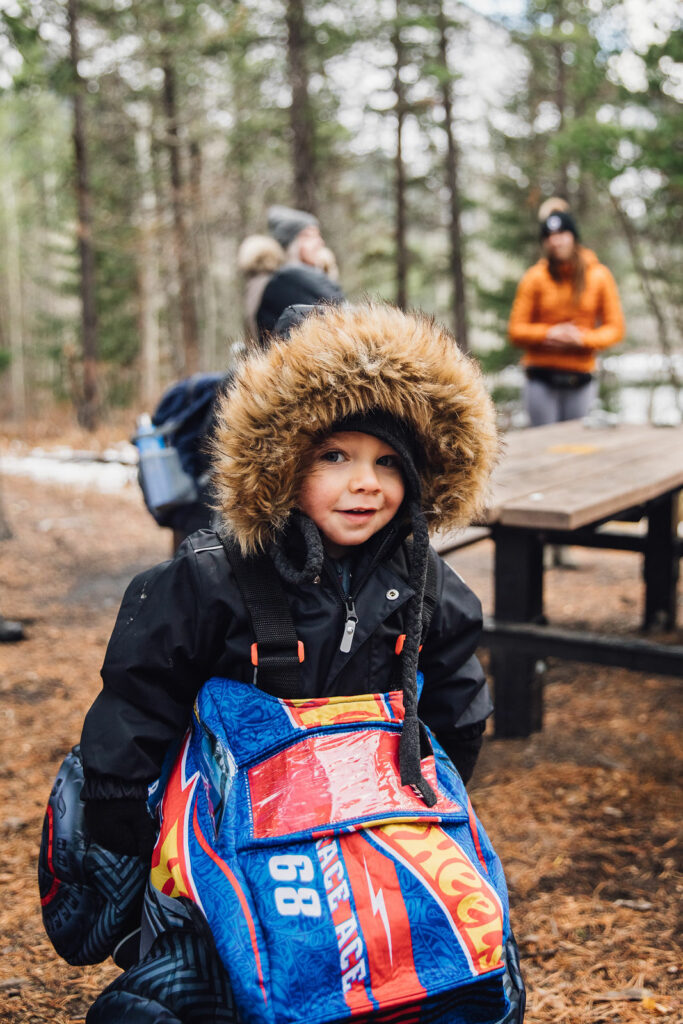 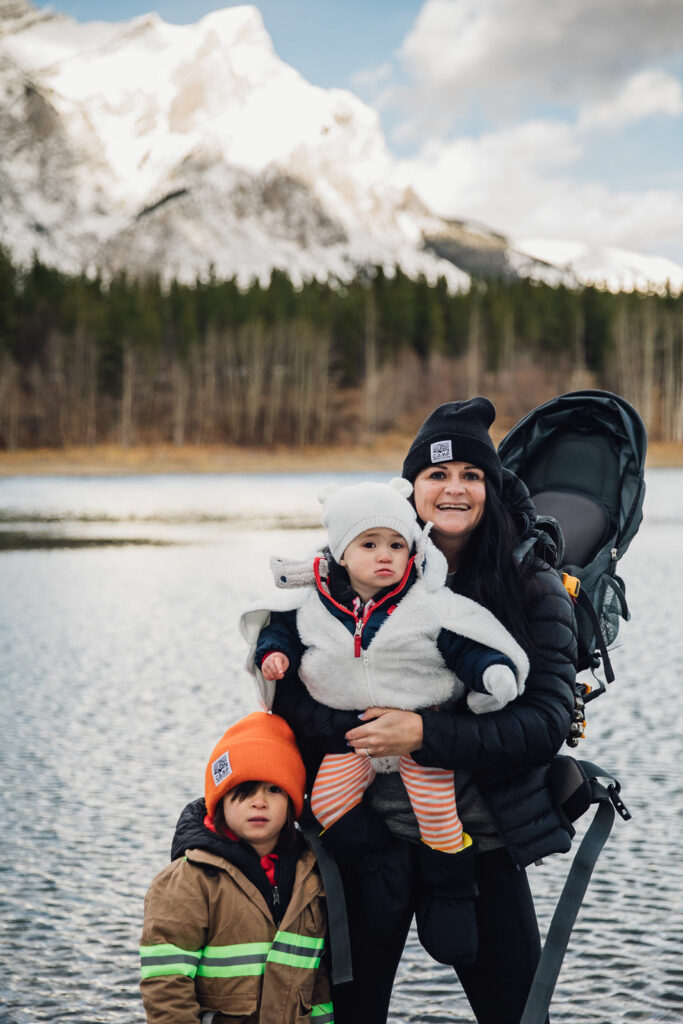 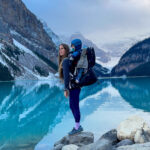 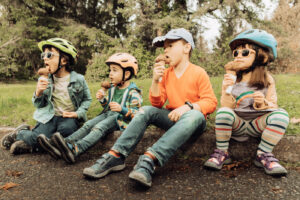 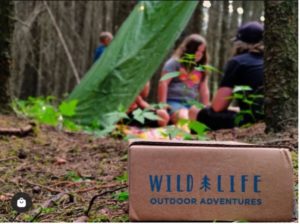 Why I Swapped My Heels for Hiking Shoes by Jenelle Peterson 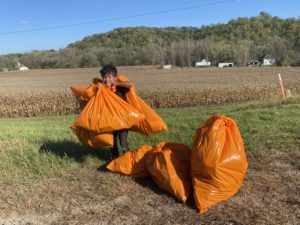